The Government of Nagaland represented by the Mon District Administration and Mithun Rural Development Foundation (MRDF) signed a 20-year agreement to set up Mini-Grids in rural Nagaland on Jan 24, 2022. The program aims to provide reliable access to electricity for the last mile and promote the adoption of green energy sources, covering all 132 villages of Mon District over the next four years.

The goal of the Mithun Rural Development Foundation (MRDF) is to innovate and implement a sustainable and holistic model of low-carbon rural economic development through the medium of Distributed Renewable Energy (DRE) based solar mini-grids. This method can be scaled to 1000 rural villages in North-East India.

The Mon District in Nagaland, the home of the Konyak tribe, has been selected by the MRDF as the area to initiate this development mission with the support of local government authorities and Smart Power India (SPI). This model of using DRE based mini-grids as a platform to trigger local socio-economic development will then be scaled across North-East India in partnership with key stakeholders. MRDF also intends to develop a policy and regulatory framework for Nagaland to facilitate the implementation of distributed renewable energy solutions. The project is named ‘Rural Development of North East India through Mini-Grids’. 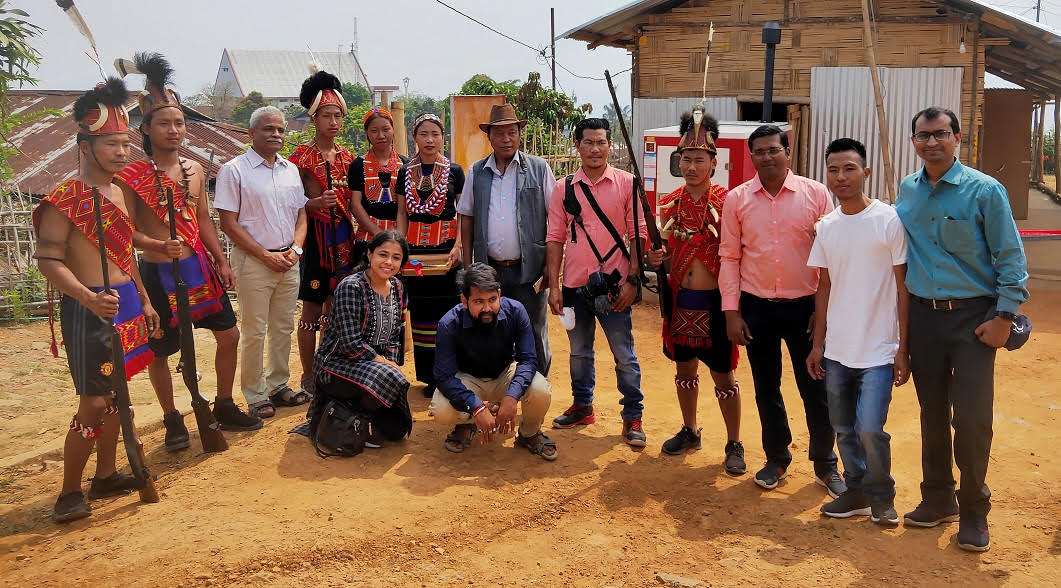 The project aims to electrify all 132 villages of Mon District, Nagaland in a phased manner over a three and a half year period. The project will be implemented in 15 villages in the first phase, 35 villages in the second phase, and the remaining villages in the third phase. A total of 132 village based solar mini-grids will be commissioned with an installed base of 4 MW powering 50,000 tribal households and 280,000 people in the region.

Following the installation of the mini-grids and the provision of clean energy, MRDF engages deeply with the local tribal communities in order to expand and incubate local, need-based micro-enterprises and productive loads in operational villages. This will result in a 20% increase in household incomes year-on-year and the growth of village GDP per capita.

The supply of 24/7 good quality, reliable, and affordable electricity provided by the mini-grids will address the aspirational needs of tribal communities in Mon District, Nagaland. The mini-grid ecosystem will support them to climb the ‘energy ladder’, thereby improving health, education, and livelihood outcomes.

Our use of smart meters, the remote monitoring of the health of the mini-grids, robust lightning protection systems, and cashless transactions delivers greater value to the end-customer, as well as providing MDRF with valuable data which allows us to continuously optimise our services and increase the project’s scalability.

Project innovations concerning community engagement tools, demand stimulation, doorstep financing for Productive Use of Energy (PUE), and connecting markets makes the project sustainable, commercially viable, and scalable. The PPPP model is an innovation in itself, bringing together diverse stakeholders – government, people, and social enterprise – to build an ecosystem which fosters integrated development in North-East India.

This project implemented by MRDF and supported by partners like NBARD Dimapur along with SPI and ONGC will leave an enduring impact on the State of Nagaland. Its scaling to 1000 mini-grids by servicing other energy-deficient North-Eastern States will not only expand the footprint of the MRDF and partners across North-East India but also directly improve the overall development of the region and enable clean energy powered economic growth.